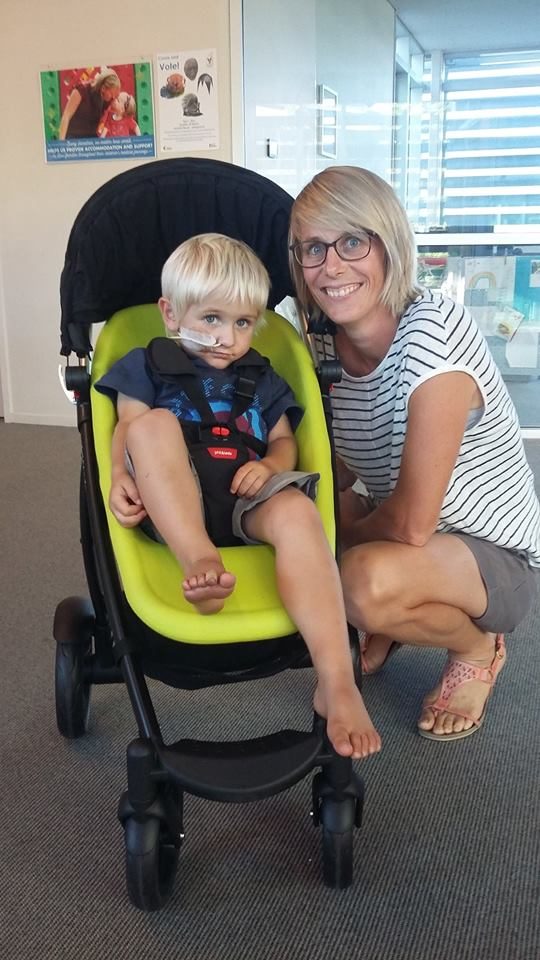 Rosie Smith looked around the Chinese hospital she was standing in with her sick baby; a picture of chaos, filth and overcrowding.

"I crumbled to the floor, before grabbing my boy, running outside and asking our translator to get us back to our hotel."

That was the moment she learned her 20-month-old son Reef had leukaemia.

Smith, her husband Justin and their two children had moved to China eight months earlier. She had taken Reef to the doctor that day suspecting he had an ear ache or was teething.

She did not expect cancer.

With nothing obviously wrong her doctor ordered a blood test; the results were not normal so she sent them to the hospital for a second test.

Through a translator the doctor at the hospital told her: "We think he has leukaemia, he lives here now."

"I looked around the hospital and thought, 'hell no'," she said.

She raced back to the hotel and booked seats for the family on the next flight back to New Zealand.

Starship Hospital had been warned they were coming so the family headed straight there as soon as they landed in Auckland.

During the next two days their worst fears were confirmed. Reef was diagnosed with acute lymphoblastic leukaemia.

They family had no home to go to in New Zealand and only the items they had thrown into their carry-on luggage. While Smith stayed with Reef in hospital, her husband and their 4-year-old daughter Atlanta moved into Ronald McDonald House.

That was in October 2014. Since then the Smiths have spent months at a time living at Ronald McDonald House.

The family have now bought a house in Cambridge and Reef was able to get most of his treatment in the Waikato but they still found themselves staying at Ronald McDonald House from time to time when Reef needed treatment at Starship.

Now 4, things are looking up for Reef. He is still on daily maintenance chemotherapy but due to finish early next year.

Smith said they could not have made it through the last few years without the support of Ronald McDonald House; the place she calls her "safe haven".

"In China I was numb. Once I got back here I just crumbled as soon as I handed him to New Zealand doctors. It was overwhelming. He was a really sick little boy by the time we got back here. He was straight in for blood transfusions."

Her husband still had to fly back and forward to China for work but, when he was not there, family members were able to stay in Ronald McDonald House to support Smith and help look after Atlanta and Reef.

"The emotional support that the house offers is hard to put into words. Each family who stays at the house will have different requirements, be on different journeys and have different circumstances. The staff make it their business to know this and remember it, making each family feel so welcome and understood."

When Reef was screaming in pain at 2am from the cocktail of drugs in his body, the staff were there to make her a couple of tea, hug her or walk Reef around in the buggy for her, she said.

"At times it can feel very lonely on this cancer journey, but never at Ronald McDonald House."