Neeti Masih had never heard about Ronald McDonald House before her family needed the facility, after 13-year-old son Ashmit was admitted to hospital. The family including husband Danney and 18-year-old daughter Osheen stayed at our Grafton Mews location in 2022. Read more about their journey below. 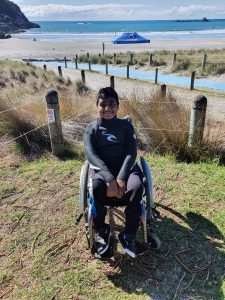 Starship Hospital introduced Neeti to Ronald McDonald House when son Ashmit needed to travel to Auckland from their home in Rotorua for treatment. Ashmit was born with Arthrogryposis Multiplex Congenita (AMC) which causes the joints to curve or be fixed in place. He also has scoliosis and at times needs the help of braces to walk. Last August, Ashmit was admitted for spinal surgery and had to stay in hospital for roughly three weeks recovering.

“When the doctor explained there would be at least two weeks of recovery post-surgery, we were very worried,” says Neeti, “the first thing we thought of was the cost of accommodation.” However, their nurse contacted Ronald McDonald House – a short walk away from the hospital – and the family were accommodated there for Ashmit’s recovery. “We were so amazed that there were facilities like that for families like ours,” Neeti explains, “we couldn’t believe it didn’t cost a cent!” 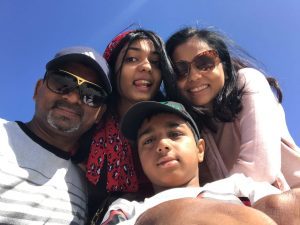 Ashmit is now improving at the Wilson Home Trust. Neeti says that Ronald McDonald House was a godsend for the family at a time of need, and she was amazed at how much was provided for them. “Little things like clean linen, bathroom amenities and nutritious food were all offered to us as a family,” she says, “when you’re travelling 300 kilometres to receive treatment you have a lot of worries. Ronald McDonald House gave us space to relax and stay calm, so that we could take care of our son. A big thank you too all of the people that make this possible.”