With her flaming red hair, Ani-Moana looks like the girl from the Disney movie, Brave. Ani-Moana’s a lot young – just five years old – but she certainly is brave.

“A weird, whooping cough,” is how Nina Davies described it. “It sounded really quite brutal.” Then Ani-Moana – three years old at the time – began to vomit.

Three-year olds put so many things in their mouths. For Ani-Moana, it was one of those little coin-shaped batteries. Perhaps she was sucking on an electric toy. No-one knows. The battery went halfway down her throat and got stuck there, like a pill you can’t swallow.

“It seemed like a stomach bug. She couldn’t hold any food.” Mum took her to the doctor, then the hospital, where Ani-Moana was put on a drip. Everyone was mystified. “It sounded like something was stuck in her chest and they didn’t know what it was.”

Nobody knew that Ani-Moana’s life was in the balance. The little battery had begun burning its way through the little girl’s oesophagus … and then it started leaking.

The mystery continued for days … weeks … for seven whole months, until at last, poor Ani-Moana was surviving on soup, struggling to breathe and her mum was distraught. “Finally, they did an x-ray on her chest. Sure enough, there it was. Sitting there.”

Ani-Moana was rushed 300km to Wellington Hospital. Surely now everything would be fine. Removing a battery must be quite simple, isn’t it? It wasn’t. Harsh chemicals from the leaking battery had eaten away at her insides. Her internal organs had fused around the hole in her oesophagus. If it all broke apart, the bleeding could be fatal for little Ani-Moana.

“They had to cut open her back. Deflate her lungs. They had to separate the kidneys and the oesophagus.”

“Her oesophagus was so closed, she couldn’t eat.” A hole was bored in her tummy, leading directly to her stomach. “She was getting fed through a pump,” called a mic-key button.

None of this could be done at her local hospital. Over the course of fifteen months of delicate surgery, Ani-Moana travelled to Wellington Hospital seventeen times!

At times like that, even the bravest little girl needs her family with her – including her brothers and sisters and her very worried Mum, who was nursing a new baby. Thanks to the people and companies that support Ronald McDonald House Charities® (RMHC®) New Zealand, they had a wonderful place to stay, completely free, right when they needed it most.

Their family’s room was a beautiful haven from the stress of having Ani-Moana fighting for her life in hospital. In one way, the room was a private sanctuary – “a clean room, clean bedding, clean towels” – but they also felt surrounded by love and warmth. “My favourite thing, the hospitality. Being able to go down and there was already food cooked, with the shared meals. It was really cool being at Ronald McDonald House®”

“The staff were wonderful. Every time we arrived, Ani got a little gift. It was amazing. It’s those little things that make you feel brave.”

Ani-Moana had to be very brave indeed. Her family stayed in their beautiful family room, their ‘home-away-from-home’, for a total of 48 nights, until Ani-Moana was safe.

“She is at school,” said her mum. “I haven’t seen her so happy in so long. Look everyone, I’ve got a mic-key button on my stomach. I’ve got big scars on my back.”

On the family’s last visit to the House, Ani-Moana’s mic-key button was removed. “At story-time in class, she says, hey look, I can lie on my stomach now. Her teacher was in tears at how happy Ani-Moana was, being able to lie down like her friends.” 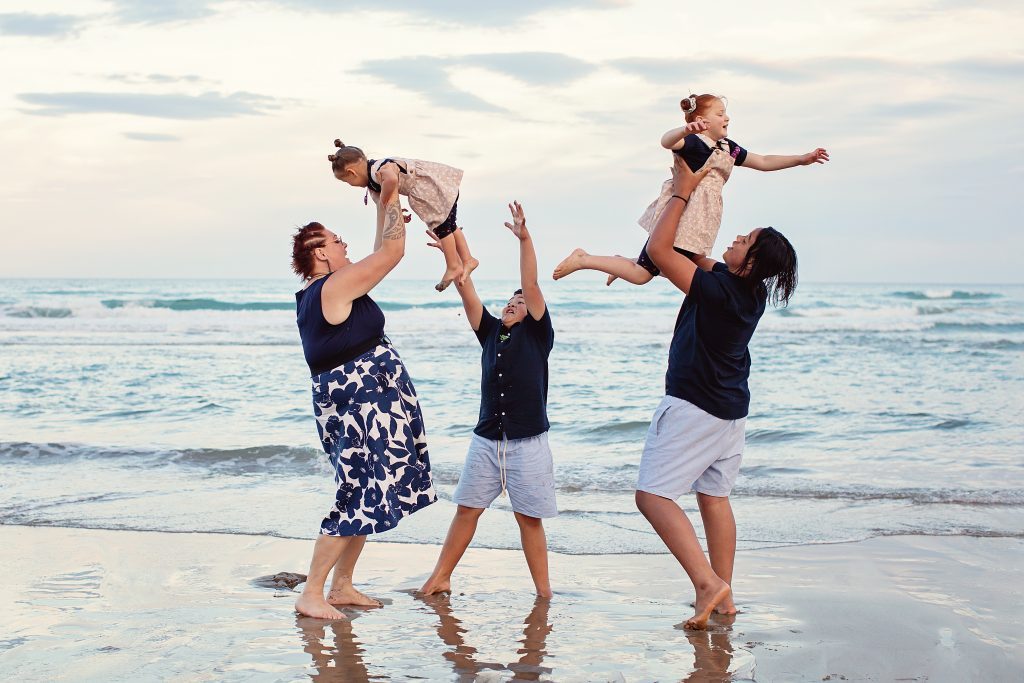 “There are so many families out there that struggle. And because of you, because of the companies, putting in your effort, the donations, it makes a big, big difference. If RMHC New Zealand wasn’t there, it would have been more difficult to be at the hospital all the time. I don’t know how me and my family could have coped.”

Ani-Moana can’t remember swallowing that tiny battery. She will forget the hard days in hospital. The coughing, vomiting and struggling to breathe. She may even forget the mic-key button on her tummy, but her family will never forget the wonderful place they had to stay, ‘home-away-from-home’ in their family’s room at Ronald McDonald House, when Ani-Moana was being very brave.

Whatever It Takes – Florence and the London Family